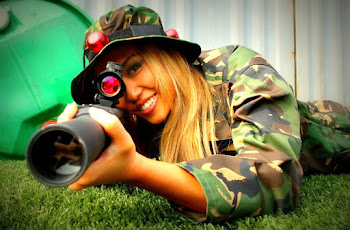 As used by armies to train, this urban warfare scenario requires skill, teamwork as you compete in teams using laser MP5s. No paint but fast beating heart

Things to say to your mates to persuade them to choose this:

Experience the excitement of pitting your strategic wits against each other at our urban warfare Combat City.

Laser tag offers all the fun and excitement of paintball, without the pain, dirt and bruises!

Combat City is the first purpose built urban warfare scenario in Scotland. Using the latest electronic taggers, as used in training by the U.S military, you get to play missions for real.
Wear cool Team Colours with jeans and trainers instead of boiler suits and boots.

Pack as much action into two or three hours as you get in a day normally.
Located it close to Glasgow City Centre, with easy bus, train and Motorway Connections.
Build it next to Glasgow best Indoor Karting Centre so you can do two adrenalin pumping activities in one day.
We have proper toilets, changing rooms, Pizzeria & a viewing terrace to see all the action from.

Does Combat City use paintballs?
we switched from paintballs to infra red guns as most customers prefer not getting bruises, wearing masks and there is the added bonus as its cheaper, with no charge for ammo.
During the games, you are aiming at head Sensors, and if you hit there is a speaker built into the gun which let's you know when you have been hit. The amount of 'Health Points' you have before you 'die' varies depending on the Mission you are playing.
Age 8 to 98.

All the little bits of info for you

Other Places to Seek some Inspiration 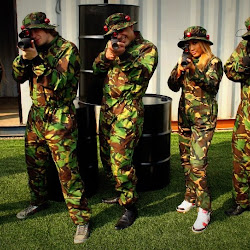 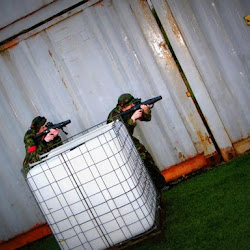 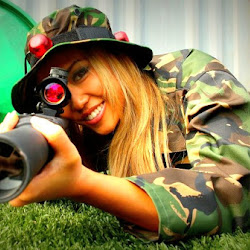 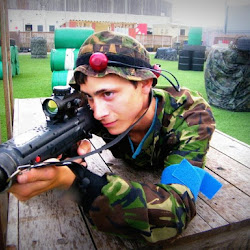 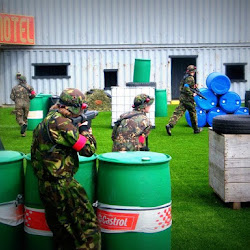 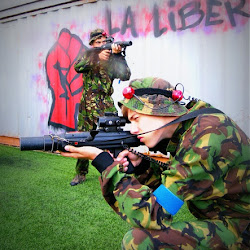 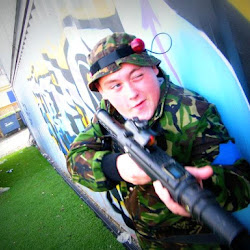 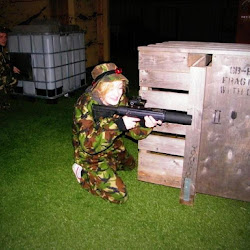